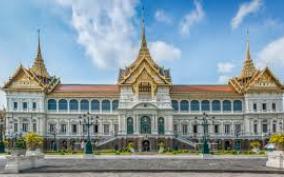 Day 1: Arrival
You will be greeted and transferred to hotel by our professional tour guide for check in and overnight stay.
Day 2: Siem Reap
Morning: You will be picked up at hotel at 6 AM and taken to Roluos Group sucg as Bakong, located at Roluos south of Preah Ko. Enter and leave the temple at the east. A modern Buddhist temple is situated to the right of the east entrance to Bakong. It was built in late ninth century (881) by king Indravarman I dedicated to Siva (Hindu). Prah Ko, built in late ninth century (879) for the king's parents, maternal grandparents, and a previous king, Jayavarman II and his wife, replica to Prah Ko style of art. Lolei built on an islet in the center of a large reservoir (now rice fields) by Yasovarman I, the founder to the first city at Angkor. Back to Hotel for Lunch
Afternoon: Proceed to the BanteaySrei temple (10th century) regarded as the jewel in the crown of classical Khmer art. The tenth century temple of Banteay Srei is renowned for its intricate decoration carved in pinkish sandstone that covers the walls like tapestry. Banteay Srei was a new name which meaning in Khmer is "Citadel of Woman". Then visit BanteaySamre, one of the most complete complexes at Angkor due to restoration using the method of “anastylosis”. The name Samre refers to an ethnic group of mountain people, who inhabited the region at the base of Phnom Kulen and were probably related to the Khmers. No inscriptions have been found for this temple, but the style of most of the architecture is of the classic art of the middle period similar to Angkor Wat. The proportions of BanteaySamre are splendid. A unique feature is an interior moat with laterite paving, which when filled with water must have given an ethereal atmosphere to the temple.Back to hotel for dinner
Day 3: Siem Reap
Morning: South Gate of Angkor Thom. On the left side of the moat, 54 'devas' (guardian gods) pull the head of the snake 'Shesha' while on the right side 54 'asuras' (demon gods) pull the snake's tail in the opposite direction. Bayon, over 2000 large faces carved on the 54 tower give this temple its majestic character and the bas-reliefs contain genre scenes of everyday life-markets, fishing, festivals with cockfights and jugglers and so on-and history scenes with battles and processions. Baphuon, built in middle of the 11th century (1060) by king Udayadityavarman II, dedicated to Siva (Hindu), Phimeanakas, built in late tenth century-beginning of the 11th century by King Jayavamen V and Udayadityavarman I and dedicated to Hindu, Terrace of the Elephants, Terrace of the Leper King. After that, keep going to Ta Prohm (The Ancestor Brahma, Jungle Temple), Shrouded in dense jungle the temple of Ta Prohm is ethereal in aspect and conjures up a romantic aura. Fig, banyan and kapok trees spread their gigantic roots over stones, probing walls and terraces apart, as their branches and leaves intertwine to form a roof over the structures. Trunks of trees twist amongst stone pillars. Back to Hotel for dinner
Afternoon: After lunch, excursion to visit Angkor Wat Temple. This temple is busy at any time of day for us to explore and admire this architectural wonder and the excellent bas-reliefs. It is worth walking a little between the outer laterite wall and the inside of the moat for tranquil scenes of rural life. Back to the town for lunch.
Day 4: Siem Reap
After breakfast, keep going on to Beng Mealea, which is Lost in the jungle and almost forgotten by the local population. The little explored temple of Beng Mealea (XIth c) is waiting to be rediscovered by the adventurous travelers. The sprawling jungle temple covering over one square kilometer is largely overrun by vegetation. Constructed in a distinctly Angkor Wat style, Beng Mealea preceded and may have served as a prototype of sorts for Angkor Wat. After that, drive to the Tonle Sap Lake (the largest fresh water in South East Asia) to see the fascinating floating Village called Kompong Khleang and its attraction is beautiful river with flooded forest, fish specials and water birds. The landscape of the lake edge with the green grass field and village houses on high stilts above the water. Back to town for dinner.
Day 5: Depature for Bangkork
Afterbreakfast, transferred to Siem Reap Airport for Thailand.
Wamly welcome on arrival in Suvarnabhumi International Airport, meet & greet service by our representative. Transfer from the airport to hotel by private air conditioned vehicle with English speaking guide. Check in at the hotel. The rest of the day is free on your own. Overnight in Bangkok.
Day 6. Bangkok
Start out with a visit to the Grand Palace and Emerald Buddha Temple – Wat Phra Kaeo. Before entering the main gate to the temple of the Emerald Buddha, stop by the Royal Regalia Museum to see the beauty of decorative jewelry, which used to be ornament of the royal officers and consorts. Continue exploring Wat Pho – the Reclining Buddha temple, the oldest and biggest temple with the largest number of pagodas (95 in all) in the city well known for its huge Reclining Buddha.
Afternoon, take a long-tailed boat along the Chao Phraya River to see Thai lifestyle. Pass the Grand Palace and pay a brief visit to the Royal Barge Museum. Disembark at Wat Arun – the temple of Dawn to visit the tallest prang in Thailand. It was built in the concept of Mount Meru, the resident of God located on the center of the Universe.

Day 7. Damnoen Saduak Floating Market & Jim Thompson House
After breakfast, drive to visit the most colorful of Thailand’s floating markets at Damnoen Saduak in Ratchaburi Province, about 104 km southwest of Bangkok. On the way, stop by the sea salt farms to see how sea water becomes salt. Upon arrival, take a private long tailed boat to navigate your way through the Floating Market along the canals.
This afternoon, visit the Jim Thompson House – the charming Thai style house is a not to be missed visit for the antique collector and historically minded visitors with its wide range collection of rare Asian arts and antiques such as Thai paintings, blue-white Chinaware, Sawankalok Pottery, Benjarong porcelain and Khmer statues. Jim Thompson’s disappearance in 1967 made the home become the 'talk of the town' and the 'city's most celebrated social center'. Overnight in Bangkok.
Day 8. Bangkok - Ayutthaya
In the morning, depart to the ancient city of Ayutthaya province – the former capital of Thailand, located 71km north of Bangkok. Take a stop at Bang Pa-In summer palace - a residence of King Rama V to see the complex that was build by King Rama V back to 100 years ago. Then continue on to Ayutthaya – the Siam Ancient City. Start with the Elephant Kraal, a spacious enclosure made of teak logs once used to capture wild elephants. Then explore the old Royal Palace compound with a start at Ayutthaya Island built in 1630 by King Prasat Thong, a replica of Angkor Wat with a huge prang surrounded by smaller ones, symbolizing Mount Meru, the residence of the heavenly gods. Then visit Wat Phra Si Sanphet – three outstanding Ceylonese style pagodas were built during the 15th century to enshrine the ashes of three Ayutthaya kings which houses a large bronze cast Buddha image was originally enshrined in the open area outside the Grand Palace and later covered by a building in the reign of king Songtham.
Then, visit Wat Yaichai Mongkol – the large pagoda built to celebrate the King’s victory of his single-handed combat on the elephant's back during Ayutthaya capital. It is the best time to walk and talk about the last period of Ayutthaya and enjoy nice breeze and take a lot of photos before returning to Bangkok.

Day 9. Bangkok – Departure
There are no activities planned for today. You enjoy your free time until transfer to Suvarnabhumi International Airport for your onward flight.